Buildings have a direct and indirect impact on human health and the natural environment. Energy, water, and natural resources are used and waste and harmful emissions are produced during the construction, renovation, operation, and demolition of buildings. In the United States. Buildings account for 41% of energy consumption, 40% of carbon dioxide emissions, 73% of electricity consumption, 14% of all drinkable water usage and 40% of raw materials in their construction and operation. According to the United Nations 2019 Global Status Report for buildings and construction, building construction and operations accounted for the largest share of both global final energy use at 36% and energy related carbon dioxide emissions at 39%. To put it bluntly, the architectural and building industries have contributed the most to the current global climate crisis

So how can these industries help to reduce, or more importantly, eliminate their impact on the environment? To understand why green building rating systems have developed, we must first look at what mechanisms are already in place to regulate the design, construction and operation of buildings. Building codes exists around the world to meet minimum human health, safety, and welfare standards. These mandatory building codes are signed into law and vary widely from country to country and from city to city within a country.

In some areas of the world model building codes have been developed to minimize differences between neighboring jurisdictions. The international Code Council or ICC establishes model building codes called the I-Codes, which are predominantly used in the United States and the European Committee For Standardization establishes the Eurocodes predominantly used by countries in the European Union. As an example, the international code council updates its model building codes every three years, which are then adopted by most States in the US However, most buildings only meet the minimum requirements of building codes. To put this another way, most buildings are the worst buildings that can be built without breaking the law, and little attention is given to eliminating the ongoing negative effects of a building to the natural environment.

In an ideal world, the mandatory building codes would fully mitigate any environmental impact. However, building codes are far from addressing the full needs of the natural environment. The International Code Council has tried to address these concerns with the International Green Construction Code. However, the adoption of this code has been slow and states, so cities that do adopt it generally allow for voluntary participation. Two green building standards have also been developed in the United States. The ICC ASHRAE 700-2020 National Green Building Standard was first developed in 2008 for residential green building and received approval from the American National Standards Institute or ANSI. Also a collaboration between the American Institute of Architects, the American Society of Heating, Refrigerating and Air-Conditioning Engineers, ASHRAE, the US Green Building Council and the Illuminating Engineering Society produced Standard 189.1 – standard for the design of high performance green buildings except low rise residential buildings. The International Green Construction Code is powered by standard 189.1 green building rating systems began back in 1990 with the launch of Building Research Establishment Environment Assessment Method or BREEAM rating system in the United Kingdom. This was followed in 2000 by the US Green Building Council’s Leadership in Energy and Environmental Design or LEED rating system. Over the past few decades these and other green rating systems around the world have matured and developed into highly sophisticated blueprints on how to build sustainable high performance buildings that protect human health and the natural environment.

Green building rating systems can vary in their approach to measuring a building’s performance. Some are prescriptive based and specify minimum or maximum values for various elements in construction. For example, minimum R-values for insulation, efficiency of water heaters or maximum air infiltration rates. In contrast, others are performance based where the desired outcome is modeled in computer software and compared to a baseline. There is a push towards outcome based verification that measures the energy usage of the final occupied built project over a 12 month period to validate that a building meets the requirements of the rating system.

Let’s look at the five fundamental areas that all green building rating systems and the green construction code use to help reduce the impact of a building on our planet.

Where a building is located has a direct effect on many of the other aspects of a building’s performance. The local climate, solar access, shading, the form and orientation of a building on a site all have direct impacts on a building’s energy, ventilation and lighting needs. Most rating systems encourage construction on sites that are brownfields, sites that are contaminated that would enhance the natural environment through their environmental cleanup. Greyfields sites that have previously been developed with more than 20% impervious surfaces and infill, vacant lots within previously built areas.

All these types of sites restrict the spread of the built environment into the natural environment by preventing construction on Greenfield sites – lands not previously developed. Forests, protected natural areas, or near to wetlands where rainwater runoff from the built environment could adversely affect these delicate ecosystems

Fresh water makes up just 2.5% of the water available on our planet with an even smaller percentage accessible for human consumption. With the Earth’s population growing and as water becomes more scarce, the ability to effectively use water becomes more incredibly important.

Every rating system looks at how we can reduce water usage in a building’s construction operation and its surrounding site. Alternatives to using drinking water to flush toilets and irrigate landscapes, such as onsite rainwater harvesting and closed loop systems that recycle and reuse water are recommended. Saving drinking water and reducing waste water is synergistic with the building site and location and with reducing energy.

Energy efficiency and consumption are the main focus areas of all rating systems. By reducing energy consumption and generating onsite energy, a building can achieve a net-zero or even net-positive energy consumption. Eliminating a building’s contribution to climate change has always been the primary focus of green building rating systems. A net-zero or net-positive energy building eliminates its operational carbon dioxide emissions into the atmosphere. The focus is always efficiency first generation second.

The type and amounts of materials used in construction can have huge impacts on the planet. Imagine a building in Miami being constructed from materials sourced from China. The amount of greenhouse gas emissions produced by transporting these materials halfway around the world from China to Miami would create a huge carbon footprint. This is what is called embodied energy and we’ll go into more depth about this in another video. Locally sourced and sustainable materials are a priority. The toxicity and off-gassing of materials also plays a considerable role. Some materials are banned outright for their polluting attributes or if they are known to cause damage to humans.

On average human spend about 90% of their time indoors. If the air that you are breathing inside is terrible, you will probably end up feeling not too good. Sick building syndrome is a well-documented phenomenon related to harmful indoor air environments and ill people. The focus of most ratings systems is to have optimal indoor air quality and environments free of pollutants.

If we make slow changes and are resistant to completely rethinking the role of architecture, we will remain part of the problem instead of emerging as part of the solution.

Building codes a mandatory, whereas green building rating systems are voluntary. If building codes fully adopted environmentally sustainable requirements, then the landscape of construction would change significantly and quickly. However, this requires political will to make a change. Just like we only react to a pandemic once people start dying, it may be too late before we get to 100% environmentally sustainable design and construction. The architectural industry has the lead role and responsibility to design our way to a better future for our planet. If we make slow changes and are resistant to completely rethinking the role of architecture, we will remain part of the problem instead of emerging as part of the solution. It’s our choice. We hold an obligation to design and lead the way to a completely sustainable future and save the only real home we have. Planet Earth. 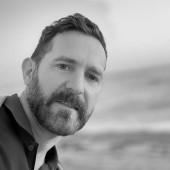 I am obsessed with learning – about everything! With an eclectic past in the arts, music, technology, production, design, climate, architecture, landscape, and education, I combine all my curiosities, passions, and talents into my current position at ArchiNEXT. I strive to inspire, inform, and educate so that we can design our way out of the current climate crisis. The intersection of architecture, landscape, technology, and innovation drives my belief that we already have the tools for a sustainable future. To succeed, we need creativity, political will, and we must re-think the practice of architecture. The lens of climate change must inform every design decision. If you have a story to explore at the intersection of architecture, design, and the environment, please reach out to me.

This is ArchiNEXT – Architecture for the Planet